The boards and figures were loaded into the car and we made the trip down to Kelham Hall near Newark.

We'd met up with Keith and Adam from Aventine the previous evening for a couple of pre-game drinks and it was good to see them again on Sunday. Also taking part in the game were Simon Miller (AKA BigRedBat), his son Harry and James Symmons.

We used Hail Caesar, tweaked by Keith, for our refight. Keith was a real Saint over the course of the day; he was the only one of us with more than a passing familiarity with the rules and he was frequently called on to direct we no-knowledge Tyros!

Various people took pictures over the course of the day and I'm sure many of them will be better than mine! Unfortunately, the lighting can be quite strange in the building and some of the shots look to have been taken through the early morning mist! Quite atmospheric.. (no pun intended).

The quality of the pictures is a bit mixed, but hopefully will give you something of the flavour of the thing before far better photographers get to show off their snaps. Enjoy! 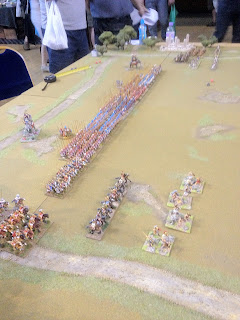 Pyrrhic deployment, with pikes in the centre, flanked by Tarentine hoplites and cavalry and light infantry wings. 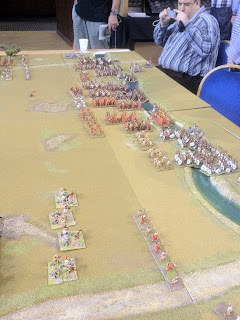 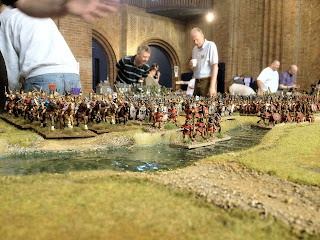 Close up of the cavalry and light infantry on the Roman right during the initial stages of the river crossing. 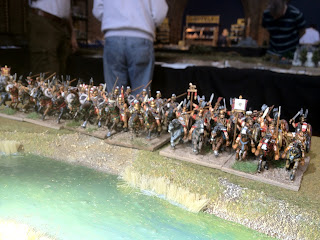 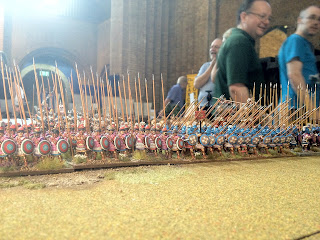 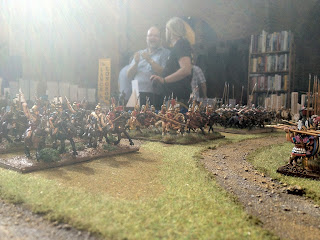 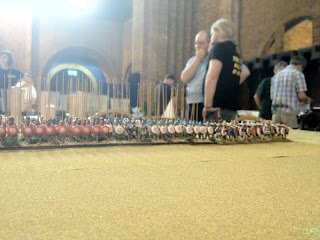 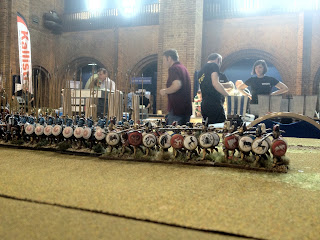 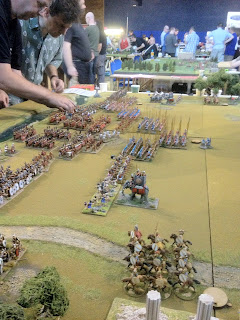 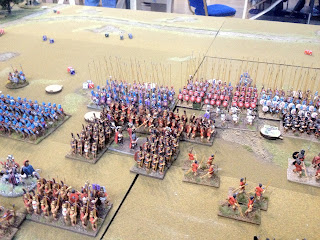 Close up of the scene.

Overall, a great day in great company. Although we didn't quite play the game to a conclusion, we declared a Pyrrhic victory following some pretty freakish dice throwing over the course of the day...
Posted by Craig at 19:35 6 comments:

Board Progress 7 - almost at Heraclea

With just a few days to go until the demo game at Partizan, the boards are starting to come together.

Just a couple of shots of one of the river/ford sections to whet your appetite (no pun intended!) You'll have to get along to Kelham Hall next Sunday if you want to see more... 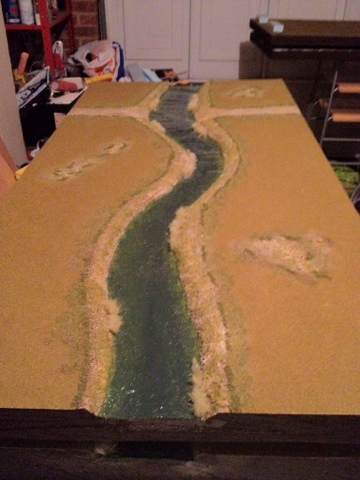 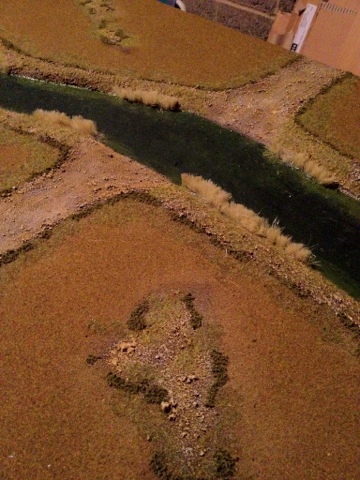 Finally completed these. Not as quickly as Keith managed, but I got there in the end.

Just a week to go until Heracles at Partizan, so back to the boards... 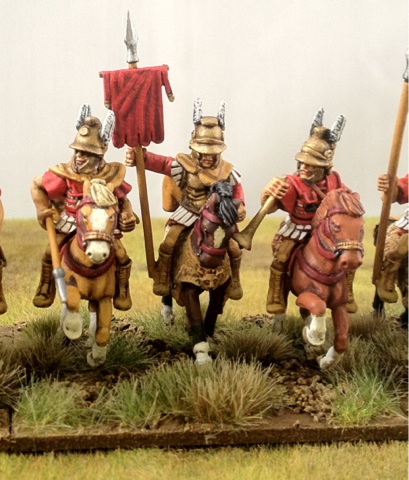 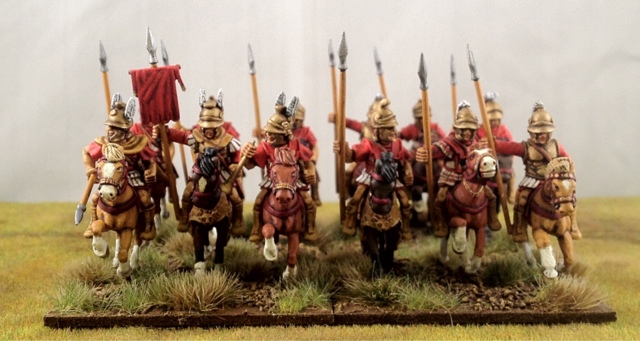 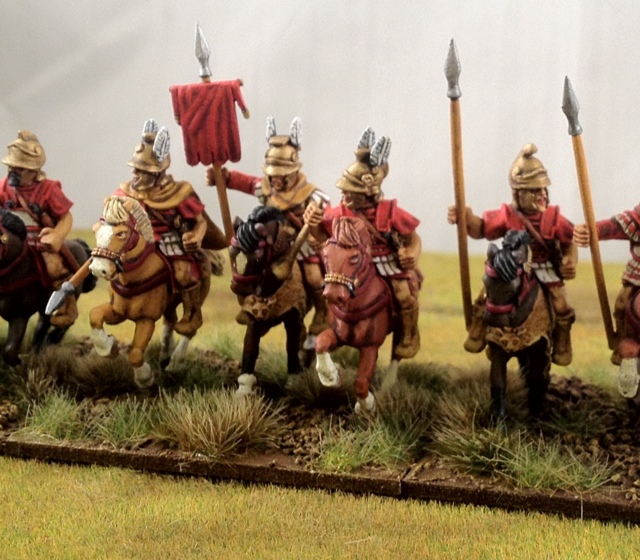 All six boards now at the same stage; roads and rivers completed.

As you can (hopefully!) see, the boards can go together in several different configurations and I'll leave it up to the day of Heraclea to decide what works best.

Next stage is to add some random flocking to some of the more open areas, around the roads, river, etc. I might even attempt some reeds in the water... 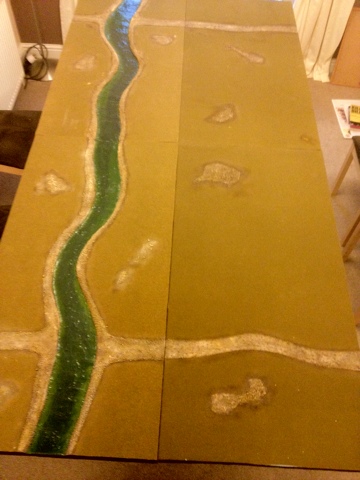 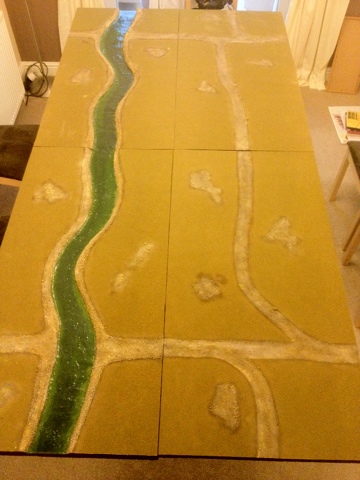