I've been painting these as a change to the batch of pike I've been working on.

If you've not seen these models before, they come with seperate heads, which allows a little bit more variety in pose when you assemble them. Keith from Aventine sent me a few extra heads to do some swaps on my advancing pike models, so I smuggled a couple of them into this batch to give a bit more variety (even though there's plenty anyway). You also have the option to arm them with spears or javelins, and the shield hand is modeled open so you can add a second javelin should you wish.

In terms of what thureophoroi were, I lean towards the view that they are essentially a successor to the classical hoplite, with the round aspis shield being replaced by the thureos. As hoplites equipment had been continually being lightened through the 4th century BCE, the fact that they are unarmoured is not surprising (though it's also entirely possible that they could be).

The thureus is variously described as having been adopted from the Western Med, or from the Galations who invaded Greece at the early part of the third century BCE, devastating much of it. Wither way, it became the dominant shield for much of the Eastern Med, as it already was for the West, for all line of battle troops other than phalangites. 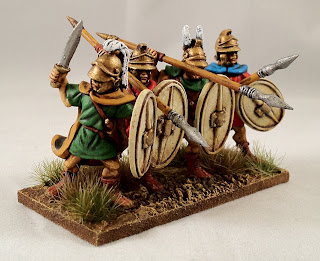 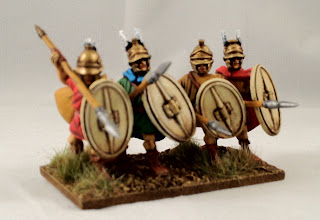 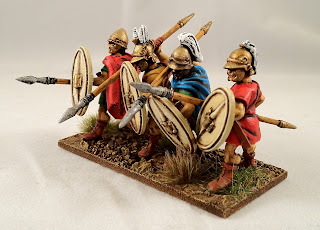